Apps You Didn't Know You Needed

It's a macOS app that lives in your menu bar, and when you click on it you get a view from your camera. 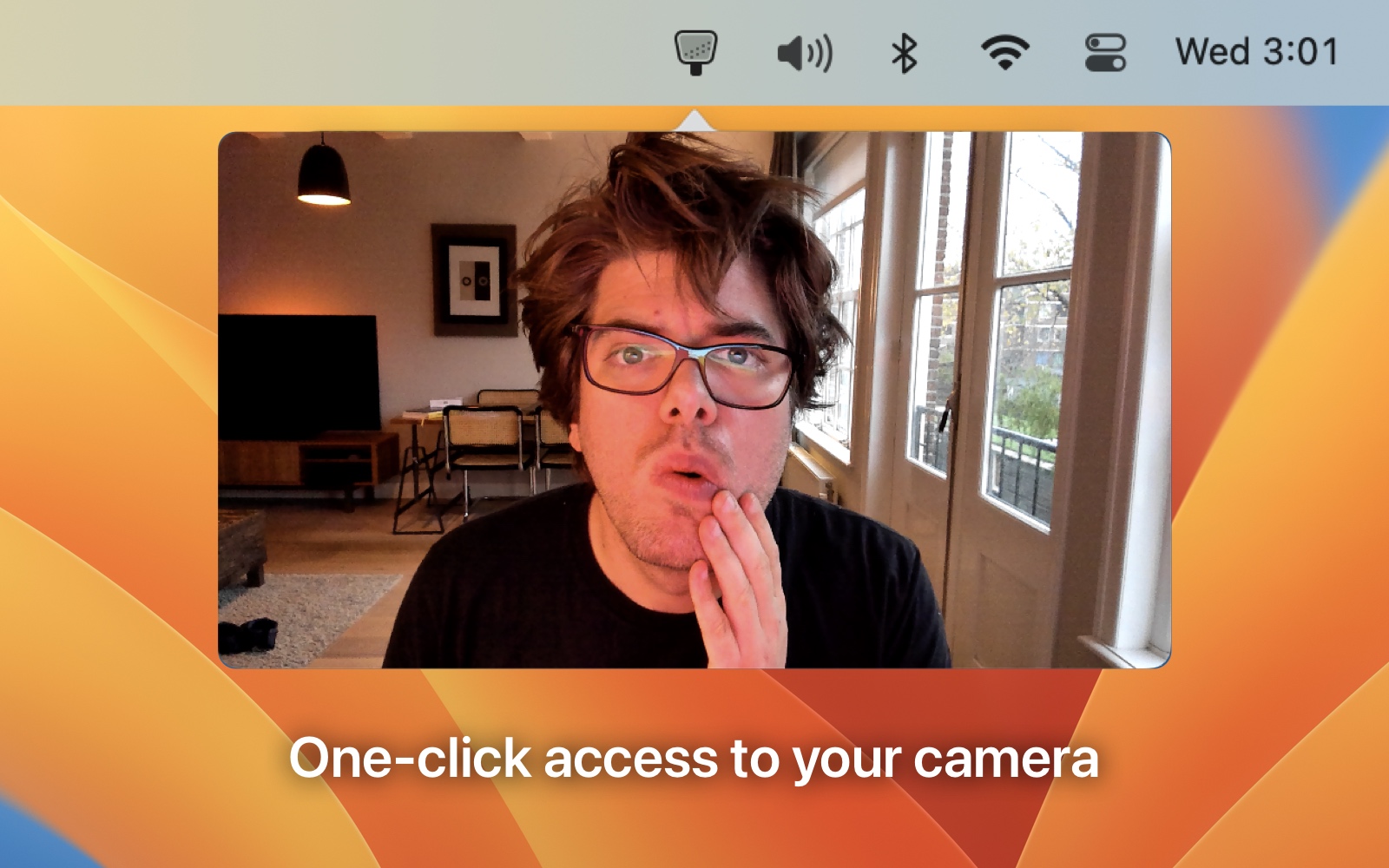 You know when you have to join a Zoom call but want to check your face first, or make sure nothing too embarrassing is in frame? So you open Photo Booth or something? But that's like 5 keyboard-presses at best? Maybe a one-click thing might save you half a second or something?

Opening Photo Booth was exactly what I was doing, but I would use Spotlight, and sometimes it would open Photos instead, or I would open Photo Booth so much that if I just typed "Phot" in Spotlight it would default to Photo Booth and not Photos, and that's nice but not what I want — if I type "Phot" and hit return, I would expect to open "Photos" and not "Photo Booth". So that was getting annoying and I decided to build this instead.

A little bit yeah, I've received a lot of improvements and feature requests in the first two years of the app being out in the world, so I've decided to bundle them all in what I'm calling Hand Mirror Plus! 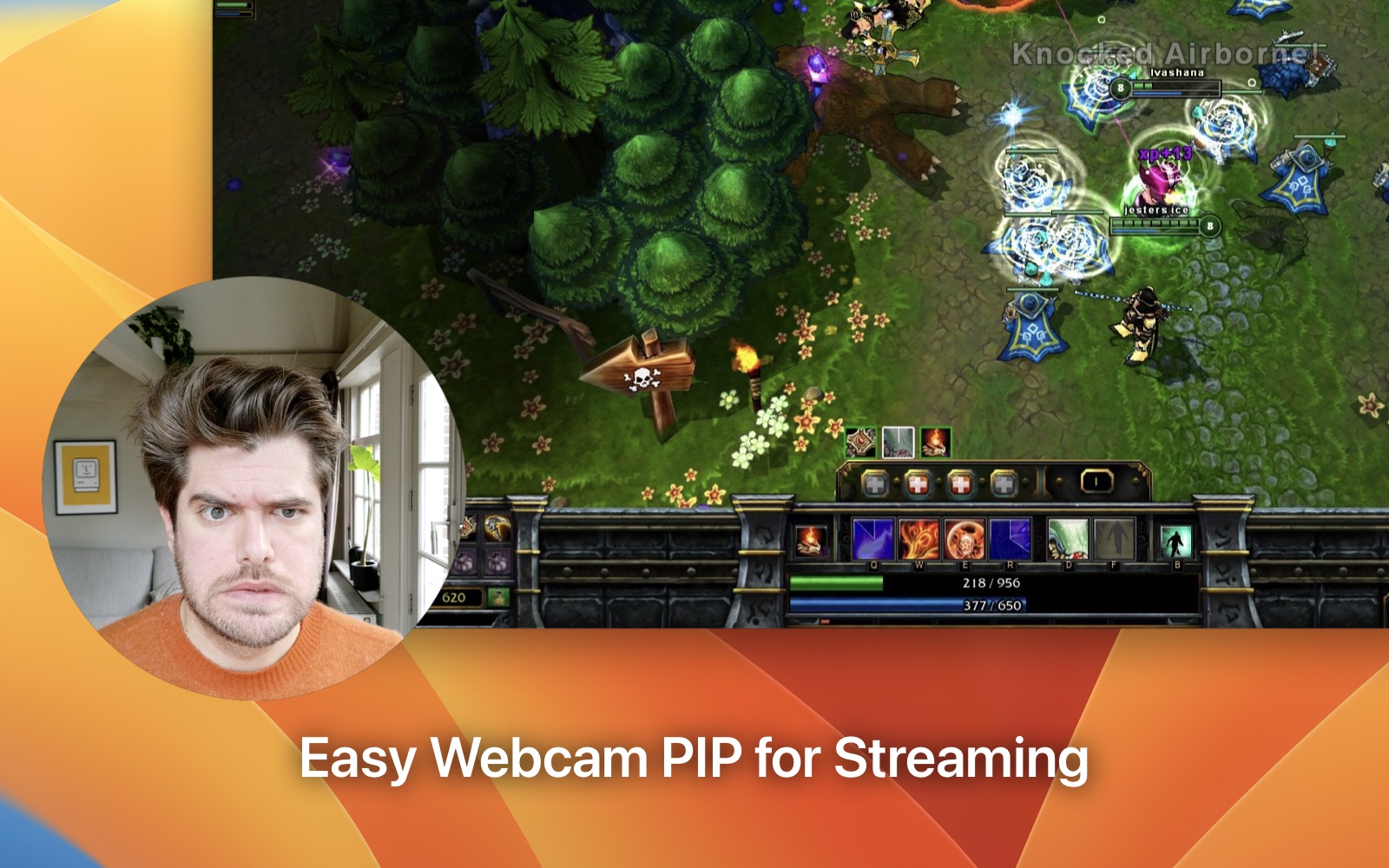 It's a one-time purchase that will give you all the current and future features added to the bundle, forever. And every time a major new feature is added, the price of the bundle goes up. So the current price is the cheapest it will ever be.

What's in Hand Mirror Plus today? 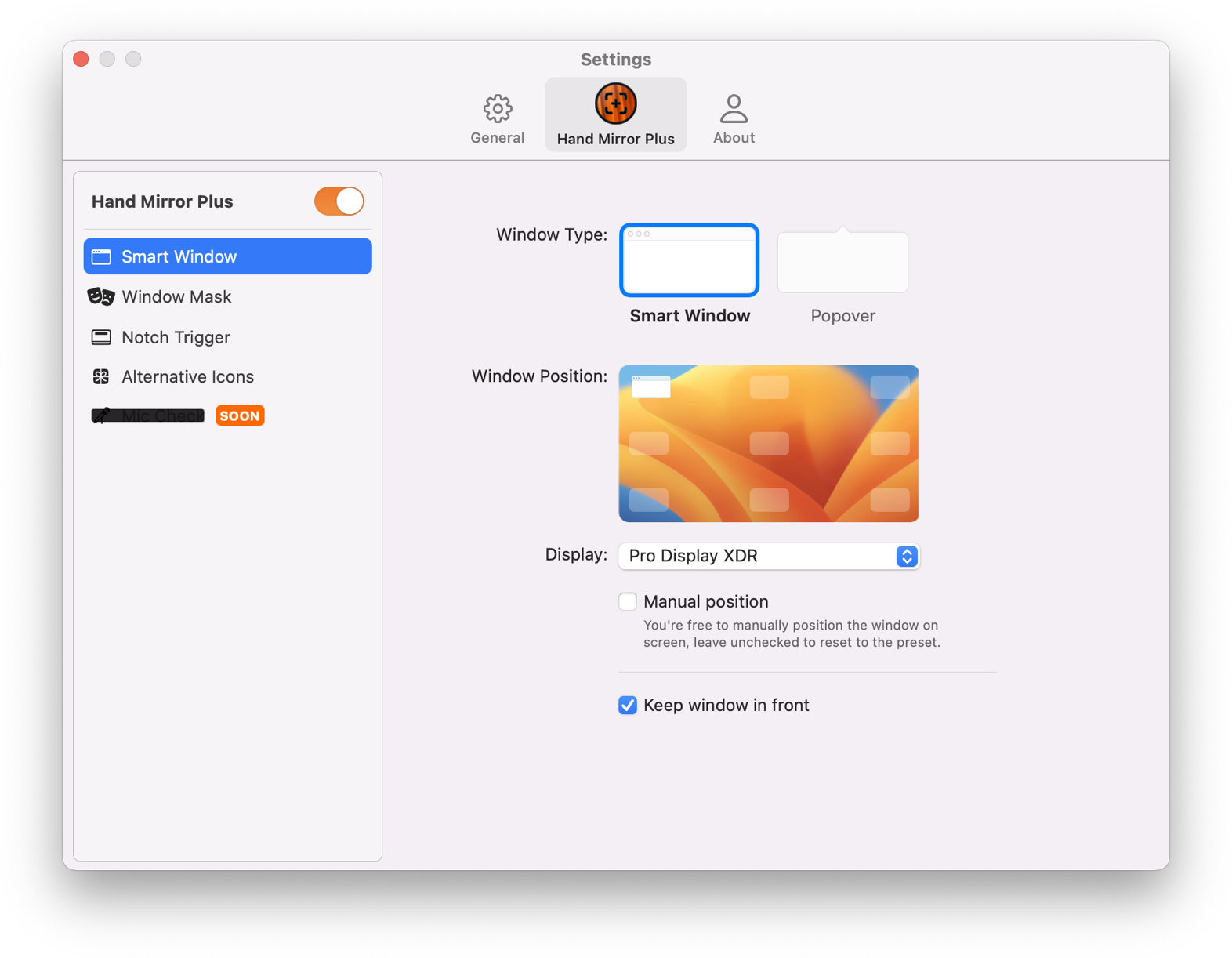 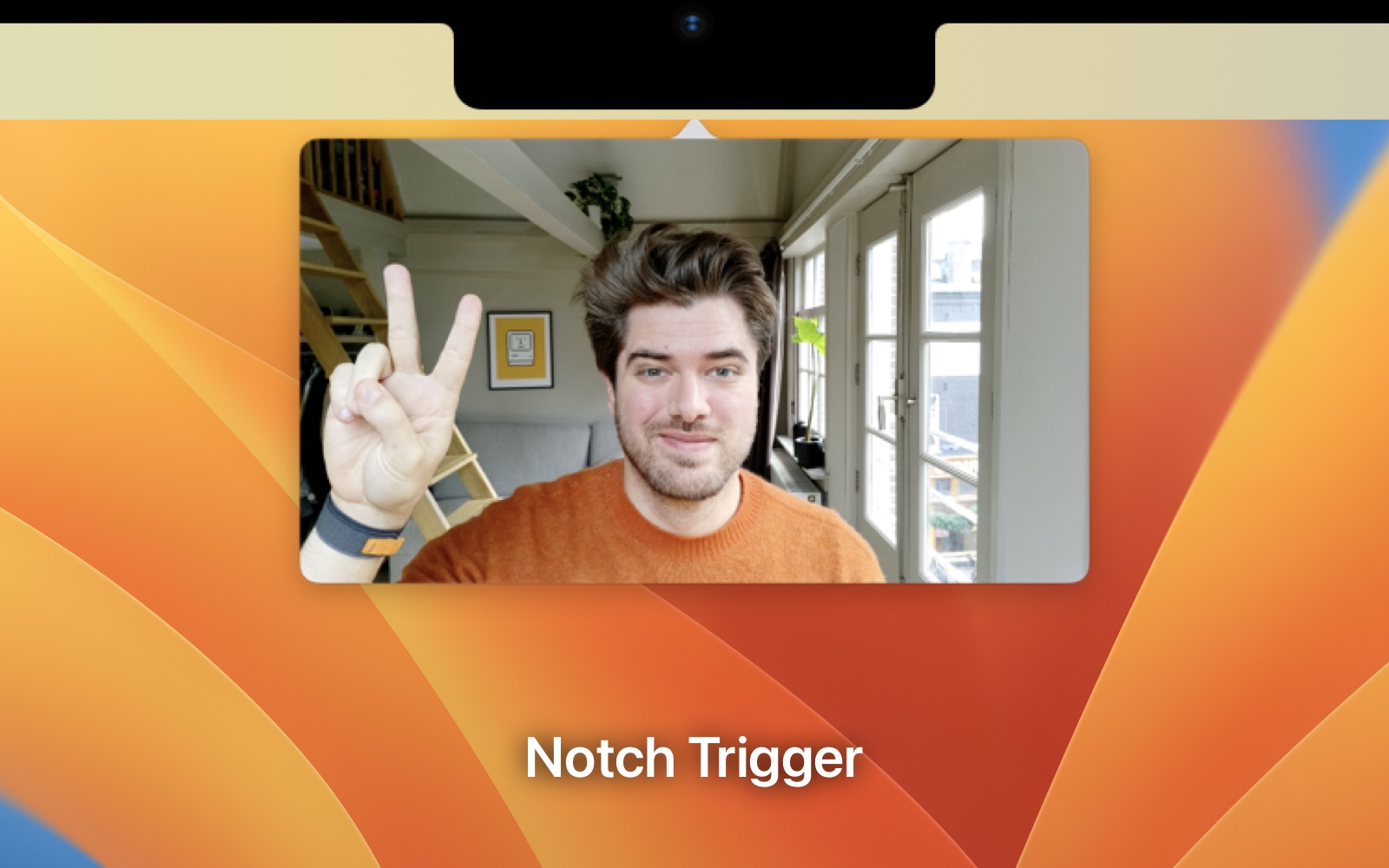 Sure! You can download an older version of the app, that doesn't have any of the new features or bug fixes, it's as simple as it gets, but also super vintage and a collector's item.

I'm Rafa, I'm a Product Designer who also makes apps on the side — you can follow me on Mastodon or Twitter if you'd like to do a nice thing for me.

“Hand Mirror is a great little app (…)
just download it!”

"I'm putting this on every device now,
it's incredibly handy"